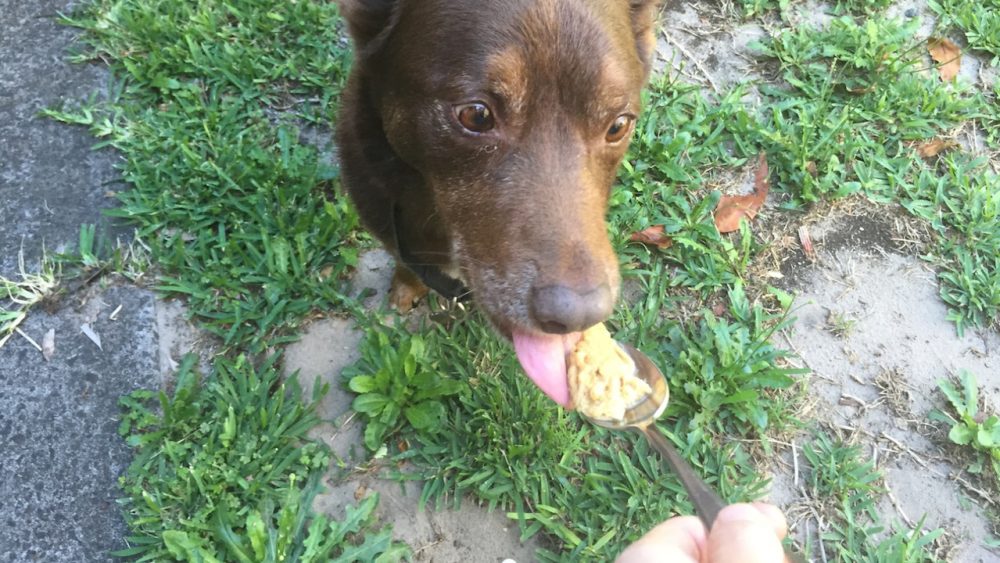 Is Peanut Butter Dangerous For Dogs?

This question has been coming up a bit recently due to news that some peanut butter brands are adding xylitol to their peanut butter making it a dangerous food for dogs.

Xylitol is a sugar substitute that is extremely toxic to dogs. It’s popping up in more and more foods. You may recognise it as the low calorie sweetener used in chewing gum, but it’s also used in lollies, human medications, baked goods and now has now been reported in some peanut butters in America.

Popularly thought of as ‘artificial’, it is in fact a natural sugar alcohol, derived from plants so brands can tout its addition as ‘naturally sweetened’, hence sometimes tricking the consumer.

Given that peanut butter has long been used as a treat, either on it’s own, as a way to ‘hide’ dog medications, in homemade baked pet treats or in toys like Kong’s; it’s very concerning for dogs that xylitol is a potential additive.

Peanut butter containing xylitol has caused an increase in the number of poisonings of dogs from xylitol, as their parents simply weren’t aware that a) it was a toxin, or b) that is was even in the food!

Luckily, I can’t find any brands of peanut butter that have xylitol added in Australia. However, this doesn’t mean that there won’t be (or that there isn’t).

As to the overall safety of peanut butter as a food for dogs, it’s not only the potential that xylitol is added that can cause a problem, it’s also that it’s very high in fat, so given in excess, it can easily cause an upset tummy, or worse, a nasty pancreatitis.

Peanut butter WITHOUT xylitol can be fed in small amounts as an occasional treat to your fur kid.

Prevention is always best, so together with being aware that xylitol can be deadly to dogs, it’s so important to always check the ingredient list and KNOW what you’re feeding your best mate.

Keep all dangerous foods out of reach and ensure they have no access to indulge when you’re not around.

If your fur kid has eaten something they shouldn’t, call your local Vet clinic or emergency centre immediately. The sooner treatment and supportive care can be started, the better the outcome for your buddy.

Want help? Chat with our Vets.

Our 5 years + experienced Aussie Vets are on stand-by to help your pet via video and text from 6am - Midnight, Sydney Australia time every day.